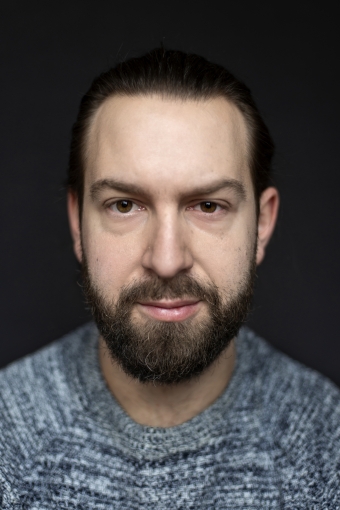 Actor, host and entertainer, director and producer of feature and advertising films, Dawid Szurmiej is a graduate of the London Film School with a major in film directing and winner of advertising movie contests. His movies have been screened by various film festivals, including the Acid section of Cannes Film Festival or Raindance Festival in London. Closely associated with the Jewish Theatre, he gave perfomances in “A Goldafen Dream,” “A Night in the Old Marketplace,” “The Dreadful Inn,” “About a Carp, Goat and a Trumpet that Put Fires Down,” “Death of Beautiful Roebucks,” “The Dybbuk” and can be seen doing performative readings of “I Speak Chinese to You” and “The Rabbi’s Cat.” Outside of the Jewish Theatre, he also played in the “Rocky Horror Show” (Shaftesbury Theatre) and the movie “Łódź płynie dalej [The Boat Goes On]” (directed by Kordian Piwowarski). Audiovisual Projects Director of Singer's Warsaw Festival and organizer of Warsaw Theatre Initiative and charity Concert “Solidar with Ukraine,” privately, Dawid is happily owned by his two dogs and a manager and a quarterback of Warsaw Werewolves American football team.