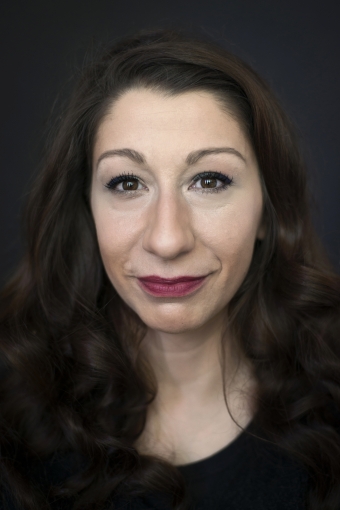 Actress, a student of directing and theatre teacher, Katarzyna has graduated from the Actors Studio at the Jewish Theatre and has been collaborating with the theatre for more than 13 years. Her debut role was Mirele in Lena Szurmiej’s stage show “A Goldafen Dream.” Student of Anna Chodakowska, Eugenia Herman and Małgorzata Kaczmarska, Katarzyna worked with numerous directors, including Monika Strzępka, Łukasz Kos, Lech Mackiewicz, Szymon, Jan and Lena Szurmiej, Gołda Tencer and Artur Hofman. She performed in the Popular Theatre, part of the Jewish Theatre (educational stage) and acted in the traveling shows for children. On top of that, on multiple occasions she has worked as an assistant director and has been hosting acting classes and workshops for children and teenagers, e.g. on behalf of Fervor Regional Development Foundation and in cooperation with education institutions. Every year, Katarzyna is co-organizing various theatre projects and small forms, such as “Days of Memory” in Łódź. Co-founder of Zaplecze Theatrical Group