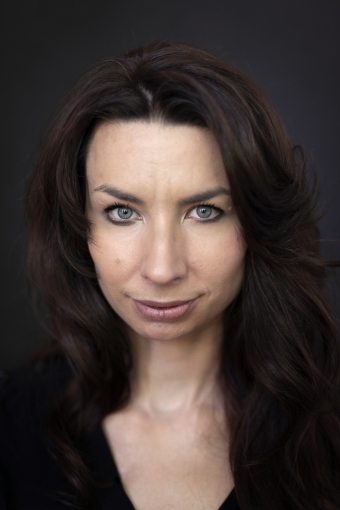 Has been collaborating with the Jewish Theatre since 2006. Her debut on the Large Stage took place two years earlier. When she was still studying in the actors' studio, she played in Szymon Szurmiej's stage show “The Dybbuk.” Today, Paulina Lombarowicz takes part in various concerts and little music & dance forms in the theatre and Shalom Foundation. In 2006, she received ZASP (the Association of Polish Stage Actors) drama actress diploma. In the Jewish Theatre, she played in: “Live, Not Die!,” “At Night in the Old Marketplace,” “The Morality of Mrs. Dulska,” “Tradition,” “Ah! Odessa-Mama..., “Wiera Gran.” She also worked as assistant director with Adam and Maciek Wojtyszko, “About a Carp, Goat and a Trumpet that Put Fires Down” and Anna Smolar, “The Jewish Actors.”